Since I was a little girl, I’ve always loved learning, doing things and seeing cool stuff.

Fast forward to my young adult life; my interests were career development strategies, travel, and adventure.

And I knew then that time management, being organized and planning were my strengths.

Then, in 2000, at age 34, [after ten years], I obtained the highest level which I desired for my Federal career, the GS-13 grade level, at Headquarters in Washington, DC, as a Program Manager, in Human Resources. I had two levels left to scale.

Consequently, in 2002, at age 36, I moved to a foreign country overseas and I remained there, happy, continuously in Wiesbaden, Germany for the following fifteen years, from 2002 through 2017.

Again, a little side note: that same year, in 2007, at age 41, I purchased my car in cash [this was a FIRST] and it was the new Mercedes SLK, Roadster, in Iridium Silver.

So, in 2011, at age 45, I decided to purchase my first home. It’s in Germany where I intend to live after I retire. My employer covered the cost of the home.

In 2016, at age 50, my overseas assignment came to an end, and I relocated to Florida; not surprisingly I love it here. It’s just wonderful being near my family and friends again, not to mention the weather and the beaches.

Even though I have been living and working outside the U.S. for the last fifteen years, this move back to the states [January 2017 to now] has been an easy adjustment for me, THANKFULLY.

Throughout all of this, I have been Mentoring-Coaching-Consulting on all things related to personal development strategies & business development & social media marketing resources to support CEOs, Entrepreneurs, and CareerBosses … thanks to CEO Wendy Porter. I have SO MANY testimonials to share from just this past 18 months last. If you would like to scale your business and work with me click this link, Work with me, and let’s get you to the 2 million dollar mark. 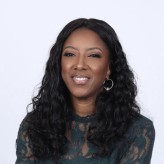